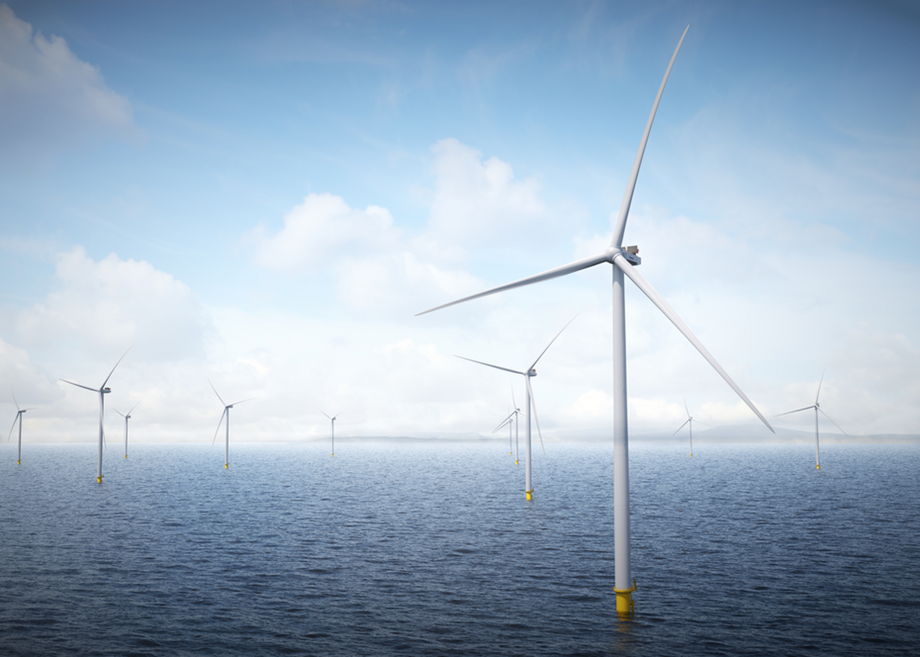 76 turbines, each with a capacity of 15 MW, will make up the Baltic Power wind farm. The Company has signed further reservation agreements with suppliers of key elements of the farm, including wind turbines, export cables and the onshore substation. The project is being developed jointly by ORLEN Group and Northland Power, with construction expected to start in 2024 and commerical operations in 2026. Polish companies are also involved in the supply chain for the project.

Baltic Power’s offshore wind farm area of approximatley 130 square kilometres will feature 76 Vestas turbines, each with a generating capacity of 15 MW. These are currently some of the most advanced offshore wind turbines available on the market and Baltic Power will be one of the first offshore wind farms in the world to have them installed. The height of the turbines will exceed 200 metres and the rotor area of each turbine is approximately 43,000 m2.

”The construction of Baltic Power represents one of Poland’s first offshore wind farms and is currently one of the most important projects implemented by the ORLEN Group. Commercial operations are expected in 2026 and will strengthen the energy security of the Polish economy. We want to use the knowledge and experience gained in the Baltic Power project to implement further investments in the Baltic Sea. When selecting cooperation partners, we pay attention to how their involvement will translate not only into our project but also into building a local supply chain for the entire offshore wind energy sector," stresses Daniel Obajtek, President of the PKN ORLEN Management Board.

“Today's announcement reflects an important milestone in the development process as the project works towards the start of construction expected in 2024. By signing the contracts, we have created the foundation for realising the Baltic Power Wind Farm jointly with PKN ORLEN. We are very proud to partner with PKN ORLEN and the broader dedicated team to progress the project froward. Once complete, Baltic Power will represent a cornerstone of Poland’s energy transition.” said Mike Crawley, Northland’s President and Chief Executive Officer.

“We are very proud to collaborate with PKN ORLEN and Northland Power on this landmark project for Poland, which has progressed thanks to all involved actors, including the Polish authorities. We aim to leverage our extensive experience and market leadership in the Polish wind energy sector, where Vestas has installed more than 3.9 GW of onshore wind turbines”, said Nils de Baar, President of Vestas Northern & Central Europe. “The Baltic Power Offshore Wind Project underlines Vestas’ leading role in supporting countries on their path towards greener and safer economies”.

Vestas is one of the largest and most experienced manufacturers in the world. Over the past 25 years, the company has supplied around 1,500 offshore wind turbines with a total installed capacity of 8,000 MW for projects in Europe.

Baltic Power also secured a reservation contract for the design, manufacturing and installation of the inter-array, offshore and onshore export cables. In total, there will be approximately 355 km of cables in the Baltic Power farm area, of which approximately 130 km will be inter-array cables picking up power from the turbines and delivering it to offshore substations. The remaining cables will be used to export energy on an approximate 39 km long connection route from the offshore to the onshore substation. NKT, one of the most experienced power cable suppliers, will be responsible for the design and manufacturing of the offshore export cables. The inter-array cables and the onshore section of the export cables will be supplied by a Polish company with international offshore experience - TELE-FONIKA Kable together with JDR Cable Systems. TELE-FONIKA Kable will also be responsible for the transport and installation of the cables on the onshore section. The transport and installation of all cables offshore will be handled by DEME, the owner of one of the largest fleets of ships in the world.

The energy generated by the turbines and transported via export cables will go to an onshore substation. A consortium consisting of GE and ENPROM will be responsible for its design, construction and supply of the necessary components. As part of the ongoing work, GE - will carry out the electrical system design and supply the high-voltage power components. ENPROM - one of Poland's largest power construction companies - will be responsible for the overall design and construction of the receiving station.

Baltic Power is the most dynamically developing project in the Polish part of the Baltic Sea. In June, the Company was the first to complete geotechnical surveys of the seabed in the area of the farm. In July, it signed a reservation contract for the transport and installation of the turbines, and at the beginning of September for the foundations of all elements of the farm and offshore substations.

The Baltic Power wind farm, with a capacity of up to 1.2 GW will be located about 23 km from the coast at Choczewa and Leba. Once it achieves its expected commercial operations in 2026, it will be able to supply more than 1.5 million households with clean energy. 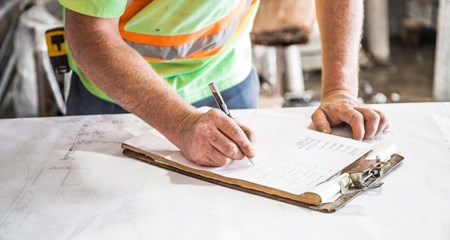 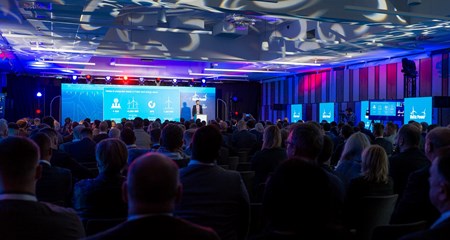 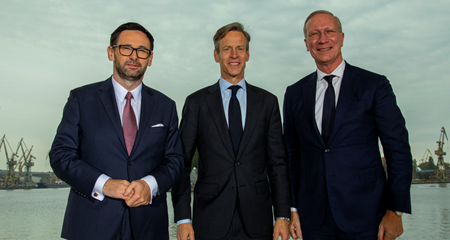 Poland’s first installation terminal to be located in Świnoujście and a turbine factory to be built by Vestas in Szczecin are two new investment projects now afoot in connection with the Baltic Power offshore wind farm. The joint venture project between the ORLEN Group and Northland Power will require 76 state-of-the-art 15 MW turbines from Vestas, whose components will be manufactured at the supplier’s new assembly factory in Szczecin. The turbine factory, to be manned by a staff of up to 700, is scheduled for completion in 2024, while the ORLEN Group’s installation terminal at the Port of Świnoujście will commence operations in 2025. 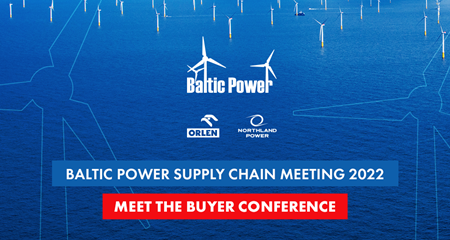